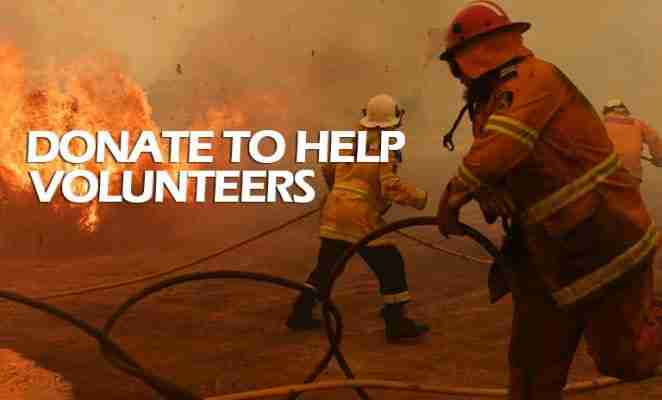 We have all read about or watched the catastrophic Australian Bush Fires this last month.

I live in South East Queensland and we had 3 fires ourselves in December, the closest of which was 400 meters from my house. We were lucky; the wind was blowing away from us so we were not under immediate threat; but we were on a ready to evacuate notice for a time.

Those in the South (New South Wales and Victoria) were not so lucky.

Over 13 million acres burnt; 2000 homes lost: 30 people lost their lives; and estimated 1 billion creatures from birds and farm stock to koala’s, birds reptiles and kangaroo’s killed. In fact most things in the fires path had no means of escape.

Professional Firefighters from Australia the USA, New Zealand and France fought the blazes alongside numerous volunteers.
Often while these volunteers were fighting to save peoples homes and property their own houses were destroyed.

This is why we at Erase Cosmetics launched our Australian Bush-fire Emergency Appeal; to help the Volunteer Firemen or ‘Firies’ as they are known here

These are the true HEROES. They took time off work without pay and although millions has been donated to the relief effort the money is slow coming to those in need.

Erase Cosmetics wishes to raise money to send directly to those who need it most; bypassing bureaucracy.
A few thousand here and there will really help these people cope on a day to day basis while they rebuild their lives.
The large grants will come through eventually but it is now they need funds to eat, find temporary shelter and take care of their families.

If you would like to give $5, $500 or $5,000 or in fact anything just click on the link below to make a donation to the Erase Cosmetics .Australian Bush-fire Emergency Appeal.
Any help at all will be greatly appreciated.